THE NIVO ISTAMBUL PROJECT IS LOCATED IN AN AREA METERS FROM BASIN EXPRESS STREET AND BELONGS TO THE MUNICIPALITY OF KÜÇÜKÇEKMECE.

This street with its strategic location that connects the most critical areas in Istanbul, in addition to its proximity to Istanbul Airport, is witnessing an urban renaissance supported by the government through the facilities provided to the area and improving its infrastructure.

In addition to the considerable number of projects that are built on it, which increases the value of the region.

Transportation around the project:

The Project is near TO THREE METRO STATIONS UNDER CONSTRUCTION GIVES PREFERENCE TO THE FUTURE OF INVESTMENT, AND AMONG THESE LINES THERE WILL BE A LINE CONNECTING HALKALI MARMARAY METRO STATION, WHICH CONNECTS TO THE ASIAN SECTION, AND KIRAZLI STATION, THROUGH WHICH IT CAN REACH AKSARAY AND FATTAH.

When these stations end, the demand for them will certainly increase and thus increase their prices.

There are also bus stops close to the project, connecting the residents of the area to several areas of Istanbul.

Basin Express Street is one of the streets rich in many public and private universities such as SABAHEDDİN ZAİM University and KÜLTÜR University, a group of local and international schools as well.

The project is surrounded by a group of malls, the most important of which is Mall of Istanbul, which is one of the largest malls in Turkey, 212 Mall, Arena Park, and Star City.

The project consists of 6 towers of varying heights, including residential and commercial, built on a total land area of 40,000 square meters (about half the area of Chicago's Millennium Park), of which the green space constitutes 25%.

NIVO ISTANBUL offers a variety of apartment styles consisting of 1+1 2+1 and 3+1 distributed on these towers. Building A and B were handed over about a year and a half ago and are currently inhabited, Building C and D will be delivered within two months, all apartments in Building E are 1+1 and most of the options are here, as for Building F it will be a hotel with a total of 150 apartments and it is also available for sale

The total number of apartments in the project is approximately 1000 apartments.

Balconies will be located on even-numbered floors, giving you the choice to choose an apartment with or without a balcony.

As for the views, they will be internal to the green spaces and exterior to the project area.

Social services within the project:

A car wash place, and a car park for each apartment, will be spread over two underground floors.

These services are available separately between men and women by day during the week.

The commercial section of the project:

Within the complex, there are approximately 200 shops in the form of an open mall built on an area of 13,500 square meters (about half the area of the Lincoln Memorial Reflecting Pool), so far, the real estate developer has not stated whether the mall will be put up for sale, but it will constitute a very great value for the project and will revive the entire area as well.

The height of the ceilings in the project apartments reaches approximately 3 meters with large glass facades or with a balcony.

It also includes electrical appliances from the German brand SIEMENS and consists of 3 pieces: oven, cooker, and hood.

The floors are naturally treated wood, moisture-resistant, and heat-insulating.

Bathroom tools will be of the VITRA brand, which is of the first class in the Turkish market. Doors from the KALE brand.

And the air conditioning will be centralized by the German brand Bosch.

The real estate developer of the project is NEPA Saudi Arabia: which has established a group of commercial malls and some other projects outside Turkey in multiple countries in the Middle East and North Africa, and it also manages a group of the largest schools and hospitals in the Middle East and within the Kingdom of Saudi Arabia, as for its projects in Turkey, it has the Arterium Villas project in the Başakşehir area, and the NİVO İSTANBUL project in which they are currently located, which will be delivered at the end of 2023.

The areas of the apartments in the project for the residential section range between 60 and 190 square meters.

The installment system here will be over 6 months after paying 50% of the apartment value, and the reason for the lack of long installments is that approximately 70% of the project has been completed.

Although construction is in very advanced stages, and the project is nearing completion, there is still a real opportunity to achieve a good profit return upon resale for several reasons, the most important of which are:

Strong speculation among real estate developers in the region.

The prices of similar projects have increased by at least 40% and are in the initial stages of construction.

The title deed (Tapu) is ready.

Increasing the normal prices that will occur to the project after its complete delivery.

The start of the operation of the mall and the hotel will increase the demand, whether for purchase or rent, especially after the end of the metro stations.

For those wishing to invest in hotels and obtain commercial returns of 7% annually in US dollars and with a real guarantee for 3 years.

The real estate developer has allocated a tower within the project consisting of 11 floors with an area of 7,000 square meters (about twice the area of a large mansion) to be a hotel within the group of distinctive hotels in the region that includes 150 apartments in a 1+1 and 2+1 system, all equipped with full and luxurious hotel furnishings available for sale and licensed for hotel leasing.

When you buy an apartment within this hotel, you will be given a guarantee by the real estate developer for 3 years that you will receive a profit of 7% of the value of the apartment.

On the first floor of the hotel, there are 18 shops that have not yet been offered for sale.

The hotel will also be for the international brand ASCOT, which specializes in managing hotel apartments, which owns many hotels around the world and seeks to expand further in the Middle East and Turkey.

The fees for extracting the title deed are also 2%, as for the value-added tax, it is 18% since the license is commercial, and an exemption can be obtained from paying this tax if some simple conditions set by the state are met, the developer here did not provide the installment sales system and all apartments will be sold in cash.

Disadvantages of the project:

One of the disadvantages that have been noted is that the balconies or balconies in the apartments are large and take up a good amount of space from the apartment, which some consider an advantage according to the investment pattern.

In conclusion, we can say that the NIVO ISTANBUL project, with its offered prices, the idea of the hotel, and the rental return mentioned in the contract, is a profitable investment project with distinctive returns.

Featured Properties
View all properties
Let us help you 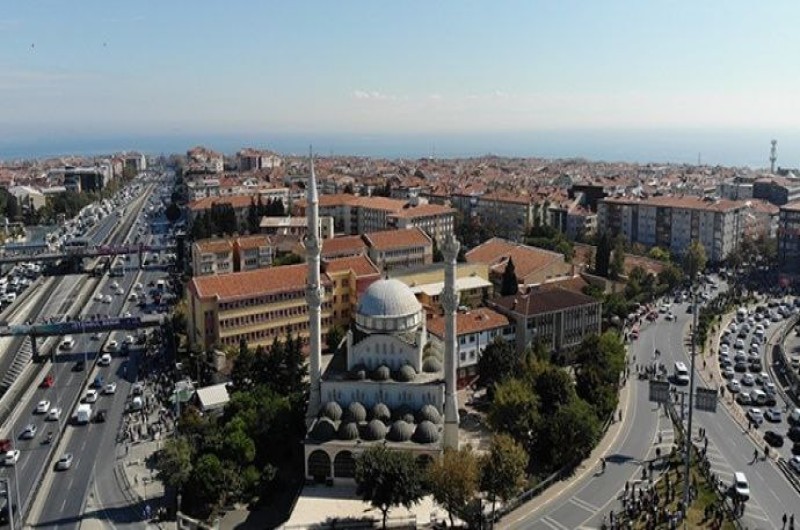